A Coalition of Civil Society Organisations (CSOs) are now better equipped to interface with state agencies and extractive operators as a result of two recent field visits to the Environmental Management Authority (EMA) and National Quarries Company Limited. On March 9, 2020, the group of CSO representatives visited the National Quarries Company Limited – Sand and Gravel Division in Turure, Sangre Grande where they received a first-hand view of the operations and rehabilitation efforts taken at the largest quarry in Trinidad and Tobago. This followed a visit to the Environmental Management Authority (EMA) on March 4, 2020 by these same groups, where they were afforded the opportunity to interface with the EMA’s team on issues of environmental management. Both visits were conducted under the European Union-funded Action, ‘CSO’s for Good Environmental Governance’. 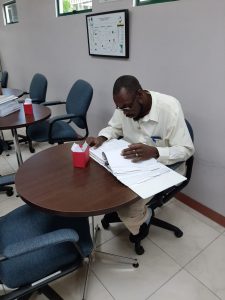 The team at National Quarries granted access to the group of CSOs to observe their operations and clarify any misconceptions about how they work. Participants paid special commendation to National Quarries on their efforts to reduce impact of their operations on the surrounding environment, to conserve water, and to restore the areas which have already been mined and encouraged more initiatives geared at becoming compliant with environmental legislation. 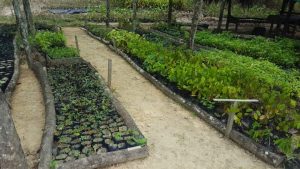 Area at National Quarries Company Ltd. – Sand and Gravel Division in Turure, under restoration through the (GEF-IWeco) project.

Participating CSOs gained an understanding of the ongoing challenges of both organisations and a renewed sense of appreciation for the efforts of the respective organisations in ensuring that development is balanced with environmental sustainability.

Participating groups now better understand the options available to them in terms of seeking recourse if the extractive operations in their respective communities are not implementing environmentally sustainable measures or meeting their legal obligations.

The European Union-funded Action ‘CSOs for Good Environmental Governance,’ led by The Cropper Foundation along with its partners Environment Tobago, Fishermen and Friends of the Sea, the Oilfield Workers’ Trade Union and the Network of Rural Women Producers of Trinidad and Tobago, involves over twenty-five civil society organisations, from well-known NGOs, to rural community groups and youth-led organisations working together to build their capacities to understand and effect change within the environmental/development legislative system in Trinidad and Tobago.