John Cropper, along with his wife Angela, co-founded The Cropper Foundation in 2000. Born in Lancashire, UK in 1943, he left England in 1965 with a First Class Degree in Agricultural Economics, for a Postgraduate Diploma programme at the University of the West Indies in Trinidad. He was offered, and accepted upon completing the Diploma in Tropical Agriculture, a one-year appointment in the Department of Agricultural Economics. One year led to 11 in the Department and to 36 in the Caribbean.
John joined the Department in 1966 and soon thereafter a Miss Angela Persad came to work with the Department. In 1970 John and Angela were married.

At the Faculty, John made signal contributions by his work on the Barbados Dairy Industry, and through the Texaco Food Crop Demonstration Farm on the University Field Station at Champs Fleurs. He quickly became known for being able to lead the solving of critical and apparently intractable problems by thought and organisation.
John went on to work for five years as Head of Planning and Information of the Caribbean Agricultural Research and Development Institute (CARDI) where he played a leading role in planning policies and programmes and providing useful information for small farmers in the Caribbean.

Then came another turning point in his life, when he moved from the security of long term, full time employment – with its institutional imperatives and constraints – to a greater freedom in determining how he would use his time and live his life. The first initiative was to personally write and independently publish a monthly Newspaper for Caribbean farmers (Caribbean Farm News), which was a clear expression of his concern to inform, educate and empower individuals to live their lives more fully. Its content displayed his growing concern for environmental issues.

The family then moved to Guyana where Angela took up a senior position with CARICOM for which her training in economics and law, and experience of industrial development research, had prepared her. While based there, John served as Agricultural Advisor to the Commonwealth Advisory Group on Economic Recovery to the Government of Guyana. At the same time, he did all that he could to support Caribbean writers by offering assistance to the revived Kyk-Over-Al magazine and to Demerara Publishers for publishing books locally.

In 1996 John began working with rural communities in Trinidad. He was particularly concerned to strengthen the people cultivating the Northern Range so as to conserve the land and thereby reduce annual flood damage below their cultivations while meeting their own immediate needs. This work was continued by The Cropper Foundation and its collaborators and led to the impressive Report of An Assessment of the Northern Range of Trinidad and Tobago: People and the Northern Range. John’s pioneering work was extended to the seaside community of Cedros, in which, as an Associate of SEDU, he explored prospects for sustainable development of the fishing and agricultural communities of that part of Trinidad.

The Cropper Foundation is only the latest example of a productive organisation or organised network to which John has made a major contribution, as in the cases of the Food Crop Demonstration Farm and CARDI, as respectively a creative catalyst and coordinator. He was a founding member and made major contributions to the development of SEDU and, especially, The Cropper Foundation.

John will be remembered by a large number of individuals with whom he shared ideas and gave encouragement. Many were young: he showed empathy and shared interests with them. Others were older. But, while he was always concerned to cover practicable, important issues, the emphasis and nature of his interests were reoriented markedly in his later work in Trinidad. Here he directed his attention to people in the community and how they could meet their human needs. 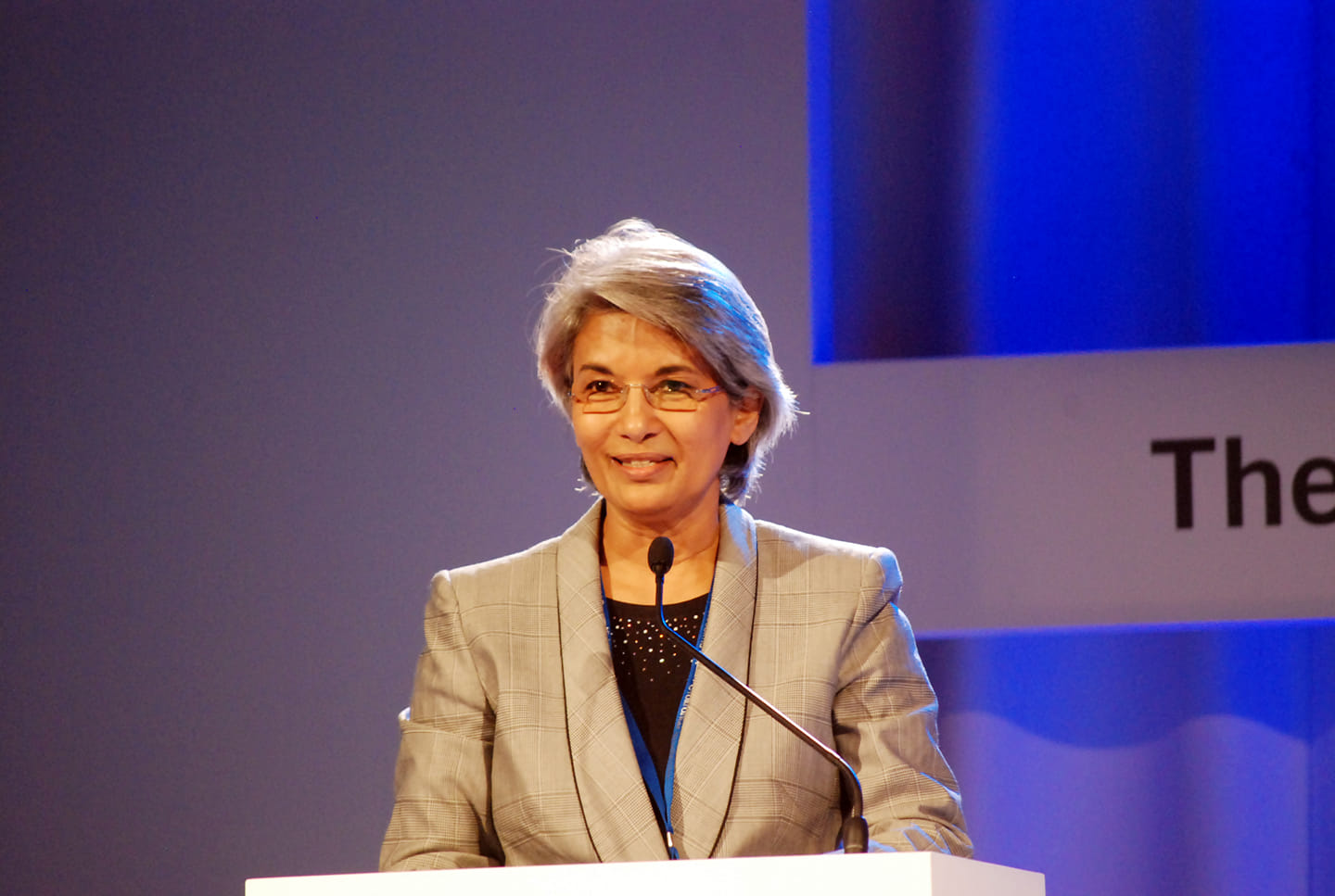 Angela and her husband John founded The Cropper Foundation in 2000, as a vehicle to continue their service to the Caribbean Region. In a ca­reer span­ning over 39 years, she gave un­stint­ing­ly of her­self in pub­lic pol­i­cy po­si­tions and in vol­un­tary ser­vice in ed­u­ca­tion, gov­er­nance and the en­vi­ron­ment.

Born in 1946 in rural Trinidad, Angela was the first in her family to attend Secondary School, where her brilliance took flight. After leaving Secondary School, she went on to study Economics at the University of the West Indies under her mentor Lloyd Best, and soon after graduation joined the Caribbean In­dus­tri­al Re­search In­sti­tute in Trinidad as a research of­fi­cer, on the U.W.I. campus where she met John.

In the 1980s, she undertook a Law Degree and served as Di­rec­tor of Func­tion­al Co-op­er­a­tion at the CARICOM Sec­re­tari­at and was an ad­vis­er in en­vi­ron­ment and in ed­u­ca­tion to the CARICOM Sec­re­tary-Gen­er­al. She was al­so the Caribbean rep­re­sen­ta­tive of the In­ter­na­tion­al Planned Par­ent­hood Fed­er­a­tion/West­ern Hemi­sphere Re­gion and project man­ag­er for the East­ern Caribbean in Pop­u­la­tion and De­vel­op­ment.

As an international public servant, Angela served as the Interim Executive Secretary of the United Nations Convention on Biological Diversity; Head of Governance of the International Union for the Conservation of Nature – then forming The Cropper Foundation, with John in 2000, as a non-profit organization focusing on issues of sustainable development, equity, and better environmental and resource management.

Through the Foundation, from 2001 to 2005 she served as Co-chair of the Millennium Assessment Panel, which undertook a holistic scientific assessment of the state of eco-systems across the world. Subsequent to this Angela served as United Nations Assistant Secretary General and Deputy Director of the United Nations Environmental Programme from 2007 to 2011 (continuing afterwards as a special advisor).

She also served on a number of international advisory boards, including the Council of the United Nations University, the European Union High-Level Panel on Sustainability, the Board of Trustees of the Stockholm Environment Institute, and the External Advisory Group to the World Bank on the implementation of its forest strategy. She was a Visiting Distinguished Fellow with the Woods Hole Research Center, and a Visiting Distinguished Fellow and McCluskey Fellow with the Yale School of Forestry and Environmental Studies. The global sustainable development community recognised her tireless work when she shared the 2005 Zayed International Prize for “environmental action leading to positive change in society”, along with Emil Salim, the former Indonesian minister for population and the environment.

At home, Angela did her duty as an independent member of the Senate in the Parliament of Trinidad and Tobago from 2002 to 2007. In 2009, she received an Honorary Doctor of Laws from the University of the West Indies and was also honoured by the Environmental Management Authority of Trinidad and Tobago with the Green Leaf Award.

In her 2008 UWI Pelican Magazine interview Angela Cropper had this to say: “I am a ‘developmentalist’ equally as I am an ‘environmentalist.’ I am persuaded that these two dimensions are inseparable, and I advocate that they should be inseparable as we design our pathways for satisfying our human needs.”