Hit enter to search or ESC to close
NewsUncategorized

On May 28th, The Cropper Foundation’s project ‘Making Agriculture Profitable and Sustainable’ (MAPS) was showcased for the visit of members of the Inter-American Development Bank’s Executive Board to Trinidad and Tobago. We were hosted at the NAMDEVCO Packinghouse, our partners in the project, where the processing of crops under the project will happen later in 2019. Also meeting with the IADB were some of our key collaborators IICA and CARIRI  – both organisations providing technical services to the design and implementation of the project.

The directors were accompanied by Rocío Medina-Bolívar, the IDB Group’s country representative, Ayleen Alleyne-Ovid, senior counsellor for TT at the IDB as well as Therese Turner-Jones, the General Manager of the IDB’s Caribbean country department. 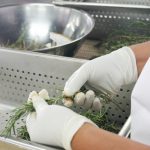 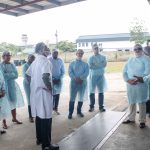 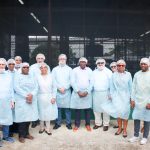 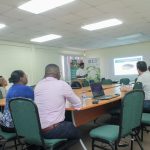