Hit enter to search or ESC to close
News

The Government of Trinidad and Tobago, last week, signed a five-year Memorandum of Understanding on the Implementation of the Extractive Industries Transparency Initiative (EITI) and commemorated the launch of the Sixth National Report of the Trinidad and Tobago Extractive Industries Transparency Initiative (TTEITI). The EITI process is a voluntary one, established internationally as best practice to improve transparency and accountability in revenue collection in resource-rich countries that host companies involved in the extractive sector. Trinidad and Tobago has a good track record in its reconciliations, with no unexplained discrepancies, unlike some member countries within the EITI. In addition, the TTEITI has led and supported the expansion of its remit through its championing of Beneficial Ownership transparency but there is still much more to be done.

The civil society constituency of the TTEITI has consistently lobbied for the inclusion of a wider scope for assessing the impact of the sector at the national level, as well joining our colleagues in Latin America and the Caribbean in advocating to the global EITI Board in its deliberation on the 2019 EITI Standard. In this letter, we called for the inclusion of all socio-environmental assessments and monitoring; all environmental and social payments and expenses, including acquired rights, licences, fines, compensations and remediation; and all licences and environmental authorisations, disaggregated by company and project, including how the authorities monitor environmental commitments. This was met with some success when the EITI Board made it mandatory that companies report on their environmental payments and financial flows and the Civil Society membership of the TTEITI commits to ensuring that such reporting is upheld as we move beyond 2019.

However, the continued dependence on financial indicators as our key signaller of growth, development and sustainability needs to change. In the most recent national TTEITI Report it is said that the purpose of the TTEITI remains to “…build a better understanding among citizens on how the government is using the country’s scarce non-renewable natural resources.” Globally, the conversation has moved away from unchecked economic growth as a sign of development and towards what development actually means for people. If the dollar signs keep increasing but the separation between the rich and poor keeps increasing as well, are we truly becoming more developed? If we are able to capture more revenue from the extractive sector but are effectively reducing our ability to be resilient to certain environmental change by discounting our natural assets – are we really investing in the future? We must continue to shine a light on these trade-offs that were historically made without a second glance including financial growth over environmental sustainability; free markets over equity; and western ideals of human development over our own reality. 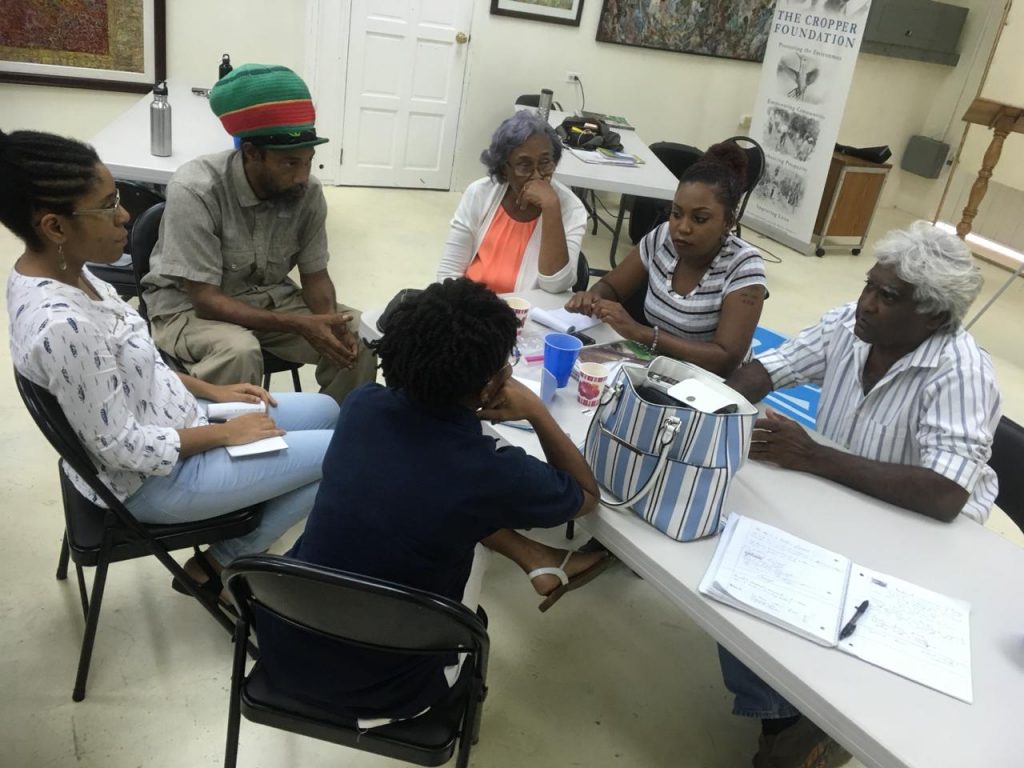 Civil Society members of the TTEITI believe that the TTEITI can play a critical role in changing the narrative around the contribution of the extractive sector to national development. In bringing diverse groups together through the tripartite steering committee of the TTEITI, movements have been made to understand each other’s points of view as we try to maximise the impact of the TTEITI. Of course, there is still much more to be done, as Civil Society intends to keep up its advocacy and shining a light on increasing transparency of issues relating to volume disclosures, the scourge of illegal quarrying, contract transparency and of course, environmental transparency and accountability.

As Trinidad and Tobago celebrates Divali and its eternal story about light over darkness, let us ensure that we are able to carry that message through into our own expectations of how our country and its institutions deliver on their responsibility to us.

Byline: Omar Mohammed is the Chief Executive Officer of The Cropper Foundation, a technical non-profit organisation advancing sustainability in the Caribbean region. The Foundation also serves on the Steering Committee of the Trinidad and Tobago Extractive Industries Transparency Initiative as a member of the Civil Society constituency. The TTEITI 2017 report can be found at www.tteiti.org.tt.

© 2019. All Rights Reserved, The Cropper Foundation